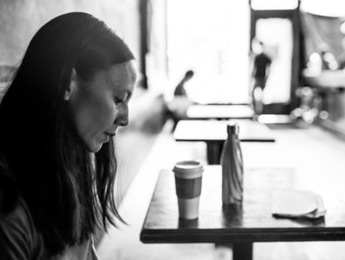 Robyn Mineko Williams began making her own work in 2001 through Hubbard Street Dance Chicago’s Inside/Out Choreographic Workshop. She was a dancer with the company for twelve seasons. She has since created multiple premieres for HSDC and has choreographed for Pacific Northwest Ballet, Royal New Zealand Ballet, Malpaso Dance Company, Ballet Idaho, Charlotte Ballet and others. She created Robyn Mineko Williams and Artists in 2015 as a platform for her independent, immersive and collaborative new works. Her pieces have been presented at the Kennedy Center, Harris Theater for Music and Dance, Jacob’s Pillow, American Dance Festival, the Joyce Theater, MCA Chicago and more.

Named by Dance Magazine in 2014 as one of “25 to Watch” and “Best Choreographer” by Chicago Mag’s “Best of Chicago, 2016”, Robyn is a Princess Grace Foundation-USA award winner and has been recognized as one of NewCity’s Players: 50 People Who Really Perform for Chicago. Collaborations include projects with Manual Cinema, Califone, Verger, Kyle Vegter, the Second City, Alicia Walter, Aitis Band and more.

Check out more work by Robyn Mineko Williams and Artists 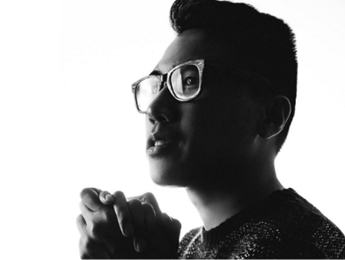 C.J. is a media creator specializing in genre-driven, comedic, and human interest content.

As a video director, C.J. has directed video for big names such as The Second City, McDonald’s, Chef Boyardee, Motorola, and the Heaven’s Door whiskey brand co-created by Bob Dylan. His videos have been spotlighted several times on the front page of Funny or Die. C.J.’s directing work has been featured at the New York Television Film Festival, the Independent Television Festival, Out Web Fest, London Short Series Festival, and was a finalist at the Chicago International Blow-Up Arthouse Film Festival. 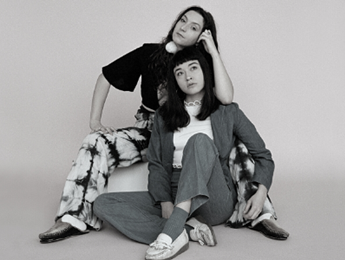 There's an obvious chemistry emanating throughout Ohmme's music that's so tangible it can only come from a decades-spanning friendship. Songwriters Sima Cunnningham and Macie Stewart formed their unbreakable bond performing throughout the fringes of Chicago's many interlocking communities, collaborating with titans from the city's indie rock, hip-hop, and improvised worlds. Together they've stretched the boundaries of what guitar music can do starting with the band's experimental 2016 self-titled EP, their adventurous 2018 debut Parts, and into the 2020 release of the stunning and muscular Fantasize Your Ghost.

Ohmme formed in 2014 as an outlet for Cunningham and Stewart to explore an unconventional approach to their instruments. "That's the whole genesis of the band: us walking up to our guitars and saying, 'how can we make this noisemaker do something different?'" says Cunningham. Fantasize Your Ghost found NPR Music agreeing, “Taken as a whole, Ohmme's music feels experimental and strange yet still accessible, with an underlying gut-level rumble that keeps its songs from floating into the ether.”

Ohmme are taking 2021 to tour live on Fantasize Your Ghost. They are honored to collaborate with Robyn Mineko Williams and Hubbard Street Dance.