Linda-Denise Fisher-Harrell is the Artistic Director of Hubbard Street Dance Chicago. Linda-Denise ascended to this role in 2021, after an extraordinary career as a professional dance artist and educator.

Linda-Denise was born in Baltimore, Maryland, and began her dance training at the Baltimore School for the Arts under the guidance of Sylvester Campbell and Stephanie Powell. She was an apprentice with the Capitol Ballet in Washington D.C. and a full fellowship student at The Ailey School. While a student at The Juilliard School, she was invited by Hubbard Street founder Lou Conte to join the main company at the age of 19, thus beginning her professional dance career.

Linda-Denise was invited to give a number of special performances throughout her career, including the White House State Dinner in honor of the President of Kenya, Mwai Kibaki, and the 12th Annual Kennedy Center Gala with Nancy Wilson and Liza Minelli.

Linda-Denise and her husband have three children. 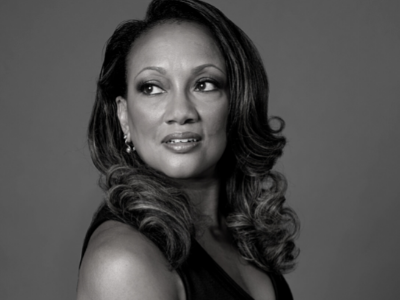