In preparation for Hubbard Street’s Summer Series featuring the premiere of Ohad Naharin’s Decadance/Chicago six of our Professional Program (HS Pro) dancers understudied the company as they worked with Batsheva Dance Company members and stagers for Ohad Naharin, Ian Robinson and Rachael Osborne.

After the first few rehearsals, the understudies found out they would be performing on stage with the company. HS Pro dancers, Abdiel Figueroa and Gaby Diaz kept a journal of their first two weeks of the rehearsal process. Here’s what they had to say…

About their previous knowledge of Ohad Naharin and his work:

Abdiel Figueroa (AF): When I first heard of Ohad I was in high school and did not have a lot of knowledge on who he was. When the movie Mr. Gaga came out in 2015, I got to learn more about his life and what led him to create his movement language known as Gaga. 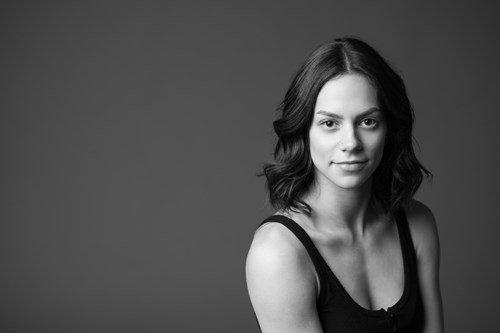 Gaby Diaz (GD): Before becoming an understudy for the piece, I had only seen Ohad’s work on the internet. I had never been fully exposed to it. There was something very intriguing to me about the rep, but I never had the opportunity to try it in my body.

AF: Understudying Ohad’s work is kind of like being on a blind rollercoaster. You never know what’s coming next, and that’s what makes it exciting. Ohad’s movement style is very sensation based, both physically and emotionally. It’s also extremely athletic. Ohad’s work pushes your endurance, but it’s pleasurable at the same time. A reason I think we do Gaga every morning is to wake up our sensitivity. When our bodies are sensitive it gives us the ability to “quickly snap into movement” and create availability in our movement.

GD: This whole process is very different than anything I’ve ever done before. I’m going in with no expectation of myself, but just an openness and willingness to soak up as much as possible. It’s exciting and refreshing to be able to work without expectation. I feel free. Although there are tasks, lines, formations, choreography, etc... It doesn’t feel mechanical. I love that gaga is more of a conversation with your body rather than such a codified technique.

About the rehearsal process:

AF: Ian and Rachael have guided us through the learning process in a very patient and calm manner. They allow us to sit with the choreography, while suggesting different ways of imagining and feeling the movement. A significant part of this process was learning the entire evening of work without a mirror. All of the sudden we became dependent on ourselves and the energy of the other dancers in the room. It also allowed us to feel the movement first from sensation rather than trying to learn movement by copying shape or form.

GD: I have never been in a learning environment without assistance from the mirrors. It made me nervous thinking I wouldn’t be able to perfectly match every angle and detail. Rachael and Ian make it a very comfortable and safe space to just go for things. They communicate the information in a way that it doesn’t overwhelm you or defeat you. I feel encouraged to keep trying and researching the movement.

About what they’ve learned:

AF: One of the things that has really changed my thought process after working with Ian and Rachel is the idea of "availability" in the body. This idea has expanded how I think about my own movement capabilities and is something I know I can carry with me to other fields of dance. Even though it was a bit intimidating at first, I have also learned a lot from working with the company. Their respectfulness and maturity amid the daily grind of rehearsals has been comforting and motivating. Watching them putting in the work just like us and struggling like us too has been inspiring as we all work through this process together.

GD: This process has shown me that there can be a high level of professionalism and great efficiency in the work space without forgetting we are all human beings. The people in charge do not have to instill fear in the dancers to get results. I hope to experience work like this again in my career.