ALEXSANDER SWADER (he/him, Birmingham, AL) is originally from Birmingham, Alabama where he grew up training at the Royal Academy of Dance accredited Alabama Ballet School.  While attending many intensives like Hubbard Street Winter Intensive and Netherlands Dance Theater Summer Intensive, he also became a trainee with the Alabama Ballet and performed various roles with the company. Upon graduation, he was accepted into NYU’s Tisch School of the Arts where he created multiple choreographies while also performing in guest works by artists like Shamel Pitts and Rena Butler.  He graduated with a BFA in Dance in 2021 and has been freelancing in New York City until recently joining Hubbard Street Dance Chicago for Season 45: Sapphire Season. 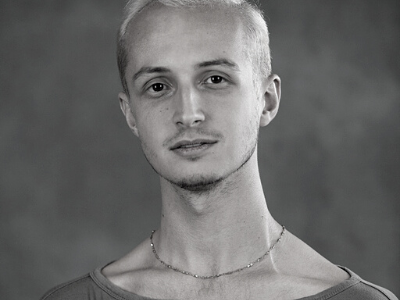