Alexandra Wells is currently serving as the Director of Artist Training with Hubbard Street Dance Chicago. Under her direction, the Hubbard Street Professional Program (HS Pro) aims to address the needs of dancers striving to enter the current job market by providing diverse training alongside one of the most prestigious contemporary dance companies in the world. Alexandra is the Founder and Artistic Director of Springboard Danse Montréal and the Creator of IMAGE TECH for Dancers™.

Alexandra was a full-time faculty member at The Juilliard School in New York City for 18 years, teaching various levels of ballet and pointe. She also served as a rehearsal director, working with William Whitener on Twyla Tharp’s Deuce Coupe, Donald Mahler on Anthony Tudor’s Dark Elegies, Gary Cryst on Jerome Robbins’s Opus Jazz, Jill Johnson on William Forsythe’s Limbs Theorem, and Shelley Washington on Twyla Tharp’s Baker’s Dozen. Additionally, she was an advisor, mentor and Colloquium facilitator for students in all artistic disciplines and was recognized for her entrepreneurial accomplishments at Juilliard’s 2012 convocation ceremony.

Alexandra created the concept and curriculum for the Movement Invention Project, where she acted as Concept & Artistic Director from 2008 - 2017. She was on faculty at SUNY Purchase and Gibney Dance Center in New York, and has been a guest teacher for many companies including: chuthis. moves, BJM Danse Montréal, Ballet BC, Cedar Lake Contemporary Ballet, Alvin Ailey American Dance Theatre, A.I.M. Abraham in Motion, and Aspen Santa Fe Ballet. She served as a curator for emerging choreographers as part of the M.A.D. Air performance series at the Stella Adler Studio of Acting (NYC) for 6 years. In 2010 she was selected by the Joyce Theater to be editing advisor on the Bessie Award winning production of Kyle Abraham’s Radio Show. Alexandra currently acts as the Artist Curator for, and is an Honorary Board Member of, The Legacy Project – celebrating the work of the iconic Canadian artist and choreographer Margie Gillis.

As Principal dancer of the Ballet National de Nancy, Ms. Wells toured the world and formed lasting partnerships with the late Rudolf Nureyev for six years and Patrick Dupont for four. During this time, she danced leading roles in the classics as well as the ballets of Balanchine, Fokine, Nijinsky, Lifar, Culberg, Bejart, DeMille, Neumier, Kylian, Van Manen, Limon, Christy, and Dove.

Following her performing career, Ms. Wells returned to the United States and was offered the position of rehearsal director with Ballet Hispanico of New York. In 1995 she was invited to join the Faculty of l’École Supérieure de Danse du Québec, formerly associated with Les Grands Ballet Canadiens. Here, Ms. Wells served as Interim Director and had the opportunity to work with young talent in a professional school setting, as well as foster relationships with many contemporary companies and choreographers in Montréal. This experience would eventually lead her to create Springboard Danse Montréal in 2001 with General Director, Susan Alexander. Over the past 17 years this project has become an international destination for world-renowned companies, resident & emerging choreographers and dancers. The networking and career building opportunities it provides for the dance community is unparalleled. Participants and companies have referred it to as an “APAP for dancers”. 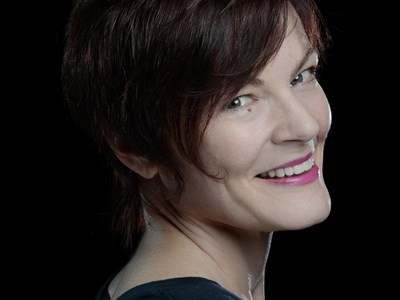